Which is ironic seeing how mild this winter has been. But alas. The daffodils are peaking through the soil. Florists are full of summer coloured tulips. And hot cross buns are in the bakers.

I don’t know where february went. It just flew by. I don’t think I succeeded much in improving my housewife skills. Apart from perhaps finally discovering the best boeuf bourgignon. Organising the kitchen cupboards (a bit) and the clearing of the loft (almost complete). Fabulous hubby has decorated the lounge so now we’re in the position to buy some nice things.

So we probably didn’t do too bad. How much can one achieve when you spend nearly 8.5 hrs plus travel time at work?

So. What does March hold in store? 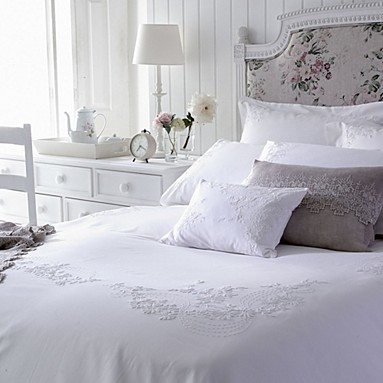 I meant to complete this in febuary but it turns out borax isn’t so easy to come by. So I still haven’t solved the mystery of fabulous crystal white sheets. The saga continues.

Ivy Wars
The two weekends I could have taken on the ivy, siberian arctic winds attacked britain. So it won itself some more time.  But, I’m determined to conquer it as spring hits. I also have to tidy the front garden ready for some sort of design to take place during the summer. Probably involving shingle!

Birthday Season
Like most families we have a period of a few months in which everyone has their birthdays. Which makes things a bit expensive and busy. I cannot promise to be able to help with ideas for your male family members as I believe they are almost impossible to buy for. But I have found some lovely items for mums, sisters and nans which I will share with you.

Channel 4’s Simnel Cakes – lets see how mine turn out!

Mother’s Day
This year I’m going to attempt baking some minature Simnel cakes. I have never had one before but I understand that a Simnel cake was one traditionally given to mothers after church on mothering sunday (but recently the tradition moved to giving them at Easter)  Either way, thought it would make a nice addition to bouquets of daffodils.

Plan the spring cleaning schedule
Continuing my plan to get the house organised and fresh for forthcoming summer, I will start the mother of all to do lists to be conquered during april and may.  And I’m determined to get it done.  I want the house to be an oasis of calm.  Somewhere hubby and I can enjoy our free time away from the stresses and strains of hideous Monday-Friday life.  And I believe that if the house is organised and sparkling, that can only make the rest of our lives which are less so, easier.

ahumblehousewife, aka Claire Batey, resides in Leigh-on-Sea, Essex and dreams of living the simple life, looking after her man and her home, and hopefully one day a family, in a traditional manner.

Error: Twitter did not respond. Please wait a few minutes and refresh this page.

Sharing my life with you x

News, comment & ill-informed opinion for the Twickerati of Twickenham

Recipes and inspiration from the sweeter side of life

A housewife's life can be beautiful!

Memories in a moment

Daisy and the Fox

All things fun and beautiful

seasonal simple things to see, do and make