Today, as I walked to work with my colleague, Magda, we came across a spot in the path where the bushes are completely overgrown, allowing for just single file pedestrians.  We were faced with a slight situation.  Another person was walking towards us.

Now, on a number of occasions, as there is a school opposite, I have often stood to let Mums with buggies and children pass, or if in a rush (which I ordinarily am), have stepped into the road to give them the path.  However, today, it was a suited young man, on his way to the train station, I dare say to make lots of money in the City of London.  So, my colleague and I kept walking, and I must say I expected him to either beckon us on, to which I would have graciously thanked him, or even step into the road had he been in a rush to pass.  The latter, he did.  But oh so begrudgingly.  You could see it in his face.

Now, this is becoming all too often.  And, more often than not it’s young men who are the most ungentlemanly.  Head to Canary Wharf and don’t even think for a second that a door might be held open for you. Walking down the stairs at work, it’s the girls who seem to stand and wait as the men walk passed (often not saying thank you either). How did this happen?

Now, I am a lucky girl. Possibly, even a bit spoilt. My husband is a gentleman. He opens the car door for me, in fact, he opens all doors.  He empties the bins (that’s a man’s job).  Does all the DIY.  Saves me from spiders.  One of the nicest, most gentlemanly things he’s ever done was when he asked if would “be his girl”

So, maybe being spoilt, I just expect others to do the same.  But is that too much to ask?  I don’t think so.

To be fair, in return I do do the more traditionally feminine roles around the home, like cleaning and cooking; but I like it that way.  And Andy does help me (sometimes!)

Anyhow, I thought I’d have a little look into this shift in manly behaviour as, talking to most of my female friends, they don’t like this new selfish attitude; they are looking for a gentleman.

It seems men think we’re looking for bad boys!!!  Is this true?  I think I was always just looking for a nice guy who would take care of me.  I don’t think I’ve even ever dated someone who would be considered a “bad boy” – what’s the point?  Aren’t they just the ones who will ultimately hurt you, play you, and you can’t really take him home to your mum?  Imagine what your dad would say?  But men seem to genuinely think that’s what we’re looking for.

Men seem to think that Bad Boys are deemed as more fun, and therefore more sexy and attractive, at least more attractive to the younger lass.  But apparently “I’ve noticed that with most girls that the older they get, the more they go for people that respect them and treat them nicely.”  So maybe this is just showing my age again.  I’m not 21 anymore.  But I think guys should be aware, that really, the Bad Boys are not the ones who end up happy.  It’s the gentleman that do. 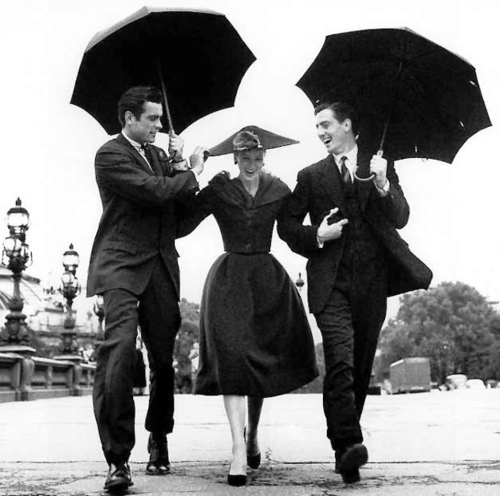 Firstly, on the proper lady point.  I think Anon there had a point.  Look around you these days, especially on a Saturday night in Saaaafend, and there doesn’t seem to be too many ladies about.  I’m all for having a drink and enjoying myself (I was pretty wild back in my day), and I’m not suggesting we need to revert back to the days when ladies were not welcome in their local, but seriously, the girls out on a Saturday night in most town centres are not exactly ladies, are they?  They have their skirts up their bums.  They’re drinking more than the men.  Their language is just disgusting.  That’s not exactly going to encourage or attract gentleman, is it?  So is it really right for us to even raise the questions about why men are not gentleman anymore?   Probably not.

If you don’t mind a little bit of poor language, check out this you tube clip from Dave Chappelle, entitled Chivalry Is Dead. Interesting . . . . and funny!

On the second point.  Whilst I have heard friends of mine complain about men not being gentlemanly enough, I have also heard others complaining about men who have offered to help.  If I were a fella, I could imagine after decades of being rejected, one might just give up.  Why bother asking a lady to help change a tyre?  Why bother asking to help undo the jam jar?  We’re strong enough.  We’re independant enough.  Right?

I say fooey.  I give my husband the jam jar before I’ve even tried it.  It’s a man’s right to open a jar.  At the end of the day, they’re doing the right thing.  They’re just being nice.  So next time, if you’re that way inclined, think before you tell them “you’re fine” or you could be held partially responsible for the demise of the gentleman. 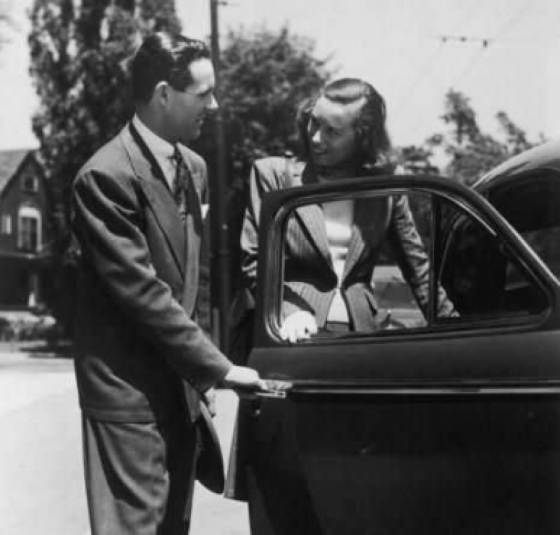 But for all of those, who feel like me, there’s good news.  The Perfect Gentleman has highlighted that there seems to be a change brewing.  He has called for 2013 to be “the rise of the Gentleman.”

Interestingly, he notes that there are now schools offering etiquette lessons to men, as schools have realised that by grooming boys into gentleman, it’s easier to find work after education.  In turn, it’s better for business and therefore the economy.  I believe this can work.  From teaching boys how to dress, how to conduct themselves, how to speak in public, it benefits industry and ladies.  What lady can deny a well-suited, well-spoken, young man as he helps you out of the car?   Surely, this is the future?

6 thoughts on “What happened to the English gentleman?”

ahumblehousewife, aka Claire Batey, resides in Leigh-on-Sea, Essex and dreams of living the simple life, looking after her man and her home, and hopefully one day a family, in a traditional manner.

Error: Twitter did not respond. Please wait a few minutes and refresh this page.

Sharing my life with you x

News, comment & ill-informed opinion for the Twickerati of Twickenham

Recipes and inspiration from the sweeter side of life

A housewife's life can be beautiful!

Memories in a moment

Daisy and the Fox

All things fun and beautiful

seasonal simple things to see, do and make